Jamie Forth (aka Jim Pitchforth) graduated from Leeds College of Music in 1995. He studied music with some of the leading Jazz and Contemporary musicians in the UK. Whilst at Leeds he performed all over Europe at various functions / Jazz festivals.

In the early 90’s Jamie recorded a solo album for Warner Bro’s, which led to performing in several UK touring theatre shows.

Jamie continues to perform as a session musician primarily with tribute shows, and with corporate function bands. He also has his own Swing show in which he delivers a selection of classic tunes from the swing greats. Jamie performs this show solo or with a Big Band.

Since 2015 Jamie has had the privilege to work with the amazing Jane McDonald as her percussionist and backing singer. He has been backing and performing duets with Jane on her sold out UK theatre tours. He is also a member of the Jane McDonald band in the Channel 5 award winning hit TV show “Jane and Friends” where he and the band accompany Jane and numerous singing celebrities.

In 2018 Jamie ended the year by performing with Jane at the Leeds First Direct Arena to over 5,000 people. This show was filmed and released on DVD. in 2019 it reached no. 3 in the UK DVD charts. Jamie performs two duets with Jane ‘Baby it’s cold outside’, and ‘Fairytale of New York.’

After a sell out tour and filming “Jane and Friends series 3”  Jamie ended 2019  by returning to the Leeds First Direct Arena, and also this time Birmingham Arena. 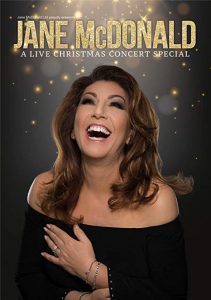 After a difficult 18 months for everybody, 2021  has seen Jamie back on tour with Jane McDonald, along with a feature on Jane’s new Album ‘Let the light in”. Jamie has two duets on the album ‘Shallow’ and, ‘I see it in your eyes.’ The album has been greatly received, reaching number 6 in the album charts. 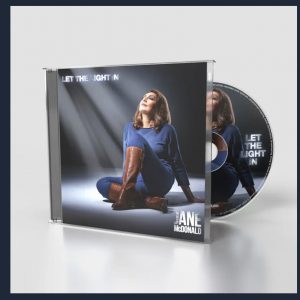 “Jamie has a rich soulful voice with an earthy blues feel. He is an enthusiastic performer, brimming with energy and professionalism.”

Jamie is available for all kinds of professional engagements with his solo show, or with different size bands to suit any budget.

For more information please get in touch.

As seen on Channel 5 TV show "Jane and Friends".